LED lighting is quickly becoming the most favoured lighting in homes around the world, but what is LED lighting?

First off, LED stands for ‘light emitting diode’ and has been around for quite some time. Switch on an appliance and the ‘on’ light indicator is usually an LED diode. While this type of lighting has been around since the early sixties, it’s only recent advances in technology that allow LEDs to be used more often in our homes. 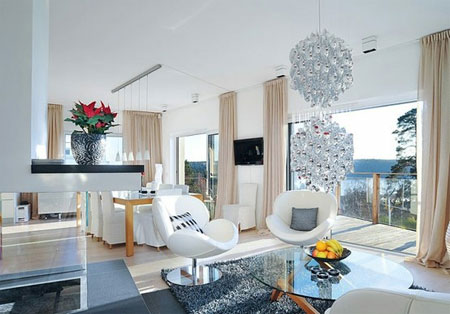 LED lighting is energy efficient, using only around 13W to power light output equivalent to that of a 100W incandescent globe!  Add to that a life span of 50,000-100,000 hours and you can see why LEDs are the favourite choice for green designers.

LEDs can be very compact and give off little heat.  This allows them to be used in places where traditional light sources would not work.  Flexible LED strips are available that are paper thin and can be placed in almost any location – including outdoors. 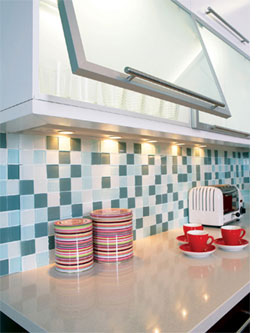 Because LED lights give off very little heat, this allows them to be used in places where traditional light sources would not be practical. Undercounter lighting is just one of the many situations where LED lighting works well. Eurolux offer a range of LED lighting strips that are easy to install and look good in any kitchen. Plus you don’t have to worry about increasing your power load, as LED lighting will in fact reduce your energy consumption when replacing incandescent globes.

A poorly lit kitchen can look dark and dirty. To create a warm, inviting kitchen you typically need to incorporate a number of different light fixtures: pendant lights, overhead ceiling lights and so forth. One emerging trend in kitchen lighting is the use of LED light fixtures, especially those that are used to light the interior of a cabinet or to light the countertops below the cabinets. Many people are also unaware that unlike fluorescent lighting, which is typically cooler, LED lights can produce both cool and warm tones in light; making LED lighting perfect for the kitchen.

For many families, the kitchen is one of the most well-used rooms in the entire home so the lights might be on quite a bit. As such, it’s important to find ways to reduce your electricity consumption but still maintain a workable amount of useable light in the room. LED lights use less electricity and produce more light, making them ideal for the kitchen. 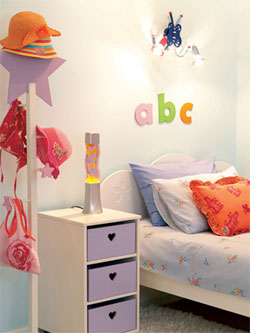 LED lighting is ideal for a nursery or children’s bedroom due to the fact that they do not generate heat and little fingers won’t get burnt. Additionally, you don’t have to feel guilty about leaving on a night light, or late night feeds, since LEDs use far less energy to run.

What’s nice about LED is the colour options available. LED lights are manufactured in a variety of colours, such as those seen on Christmas fairy lights, as well a colour-changing strips, which means you can have a lot of fun when decorating a child’s bedroom.

Not just for indoors, LED lights are perfect for outdoors as well. Replace high-voltage floodlights with LED pedestals and bollards for energy-efficient lighting that you can leave on all night. While LEDs are typically more expensive than older lighting technologies, their increased efficiency means that they will pay for themselves in the form of reduced electricity bills.

If you want to install a low-maintenance, eco-friendly landscape lighting system, LED garden lights offer you a wide variety to choose from and depending on the type of LED light you buy, the installation process is fairly simple.

Solar garden lights
Installing solar powered lights is a breeze and is as simple as placing the light in the right position.  The photovoltaic cell that powers the light, the battery that stores the power, and the LEDs are all contained in the same unit. Note that solar-powered LED lights need to be installed in areas there there’s a lot of direct sunlight and won’t charge up properly if placed in a shady spot.

Low voltage garden lights
For gardens or shady areas, such as courtyards and walkways, opting instead for lights powered on a low-voltage circuit allows you more flexibility for placement. L

EDs make a great addition to any garden lighting plan.  They are expensive initially, but over the long run they will save you money and help to protect the environment. 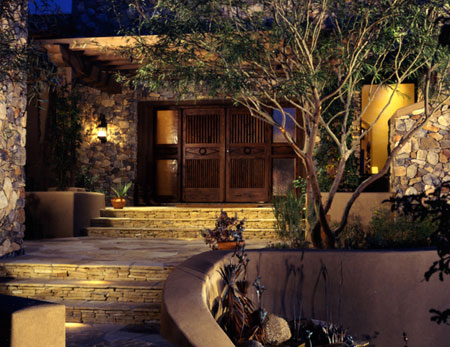 There’s no avoiding LEDs – they are quickly becoming the future of lighting. So, isn’t now the time to look at installing these in your home.