Why do drains block?

Imagine standing in the shower with water up to your ankles, or spending essential ‘reading’ time on the toilet and then it won’t flush! Most blockages are due to poor maintenance and bad habits, and while a twice yearly inspection may not stop blockages entirely, it will prevent a big build up that could cause flooding. 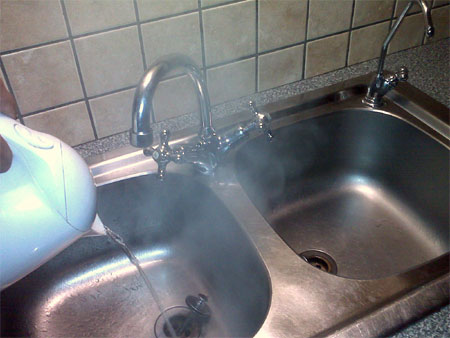 The most common area for blockages is in the kitchen. Grease and fat accumulate in the U- or P-trap, and when allowed to stand and cool, will harden and block drainage pipes. While commercial drain cleaners are available, the best methods for keeping drains free from blockages are:

By knowing and understanding your home plumbing you can locate and rectify any small blockages without having to call out a plumber. 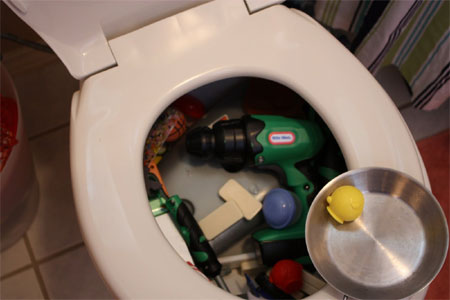 Most toilet blockages are caused by a foreign object being lodged in the U-bend, or too much toilet paper being used. There are many mothers out there who have plenty of experience in retrieving toys and other items from the toilet bowl.

Kids love to watch as items flush away – or not! If you know for sure that junior has flushed one of his toys down the toilet, use a bent coat hanger to try and retrieve the object. Chances are it’s stuck in the U-bend. By bending a small hook at one end – an ‘L’ shape – to hopefully hook and pull the blockage out. 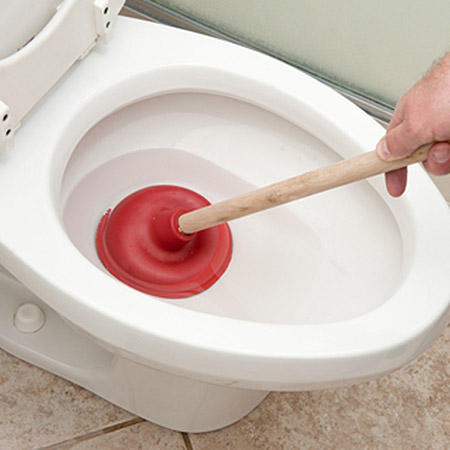 For other blockages you can try a trusty plunger to remove the debris. Pop on some rubber gloves and insert the plunger into the toilet bowl all the way down into the bottom of the bowl. Pump backwards and forwards – it may take more than a few attempts but don’t give up easily. If none of the above work – don’t despair – you’ve done your best and your toilet blockage could be far more serious and way beyond the simple process.

You may have tree roots infesting your pipe or  collapsed and damaged pipes. In this case you will need to employ  a qualified Plumber who will be able to resolve your blocked toilet. 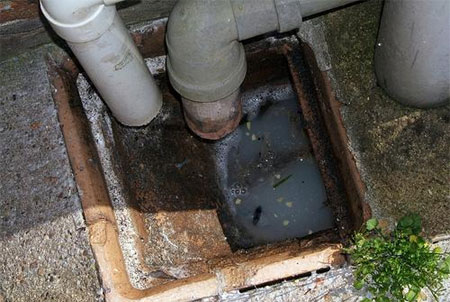 As grease and fat accumulate within drains, the attract additional debris that eventually builds up within the drainage systems over the years, reducing the flow of water through the pipe until it eventually blocks. This can be reduced by being careful about the amount of grease and fat being washed down the drain and with regular flushing.

A plumbers auger is an indispensable tool to have on hand for blocked drains. You’ll find this tool at your local Builders Warehouse and it’s very easy to use.

A plumbers auger (or snake) is used to attempt to clear the passageway and permit a free flow of water. The auger is inserted into the hole of the drain where the clog is located and maneuvered until it reaches the blockage. By twisting and rotating the auger debris is cleared.