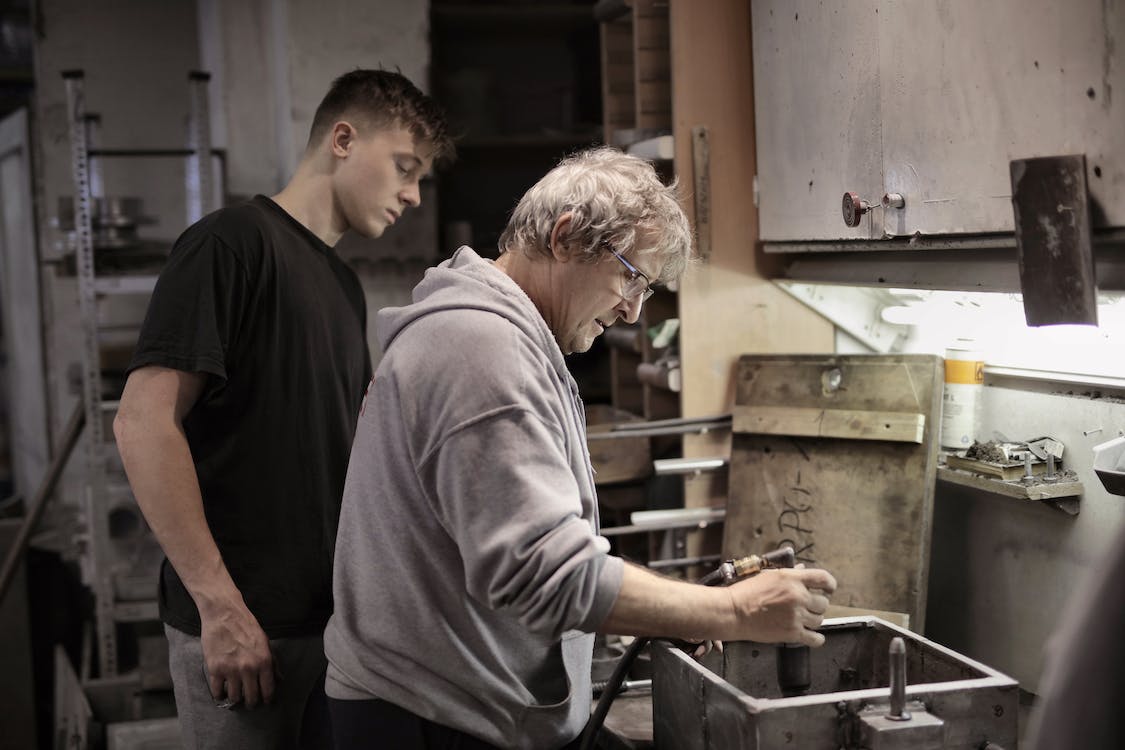 All lubrication work to achieve the same goal. That is, to supply the lubricant to specific points which require lubrication. What tool use to supply this lubrication is dependent on your particular requirement and application.

Grease guns are lubrication tools commonly found in most workshops and garages. The function of a grease gun is to apply the lubricant through an opening to a specific point, usually from a grease cartridge to a grease fitting, also known as a ‘nipple’. The channels behind the grease nipple lead to where lubrication is needed. The aperture may be of a type that fits closely with a receiving aperture on any number of mechanical devices. The close-fitting of the apertures ensures that lubricant is applied only where needed.

Grease guns have three ways in which they can be powered: by hand, air or electricity. Aside from these variations, the hand-powered (or manual) grease guns can either be manufactured with a lever or a pistol grip. The benefits to each of these depend primarily on the intended application and the user’s personal preference. One other major variation to the grease gun is how the grease is to be loaded: by suction fill, cartridge, or bulk. 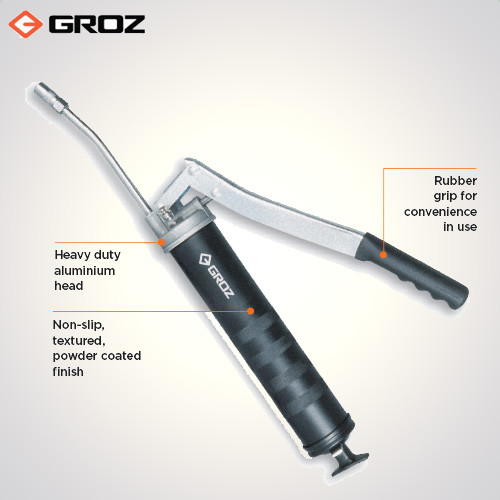 The Groz Standard Duty Lever Action Grease Gun is a hardworking entry level grease Gun which was designed to be used in any general lubrication and daily maintenance work. The head on this Groz pump incorporates a single vent hole with block nut. This grease gun develops up to 6 000 PSI of pressure while having a 400g filling capacity and a durable powder coated to get you working more and longer.

This same gun is also available in heavy duty variant which has a suction filled, fuller pump cartridge and can be operated at almost twice the pressure the GR1 gun. This makes the Groz Heavy Duty Lever Action Grease Gun the perfect option for the user wishing to get the top of the line grease gun for very heavy duty use. A pistol-type grease gun is a variation of the lever-type grease gun which allows the user to be able to use the tool for one-handed pumping method, which is very common. It provides approximately 0.86 grams per pump. Everything about the Groz G-16 Pistol-Type Grease Gun screams tough.